This atlas of swine pathology features images of major diseases and aims to be an eminently visual and very useful tool for diagnosis. You can filter images by location and disease. 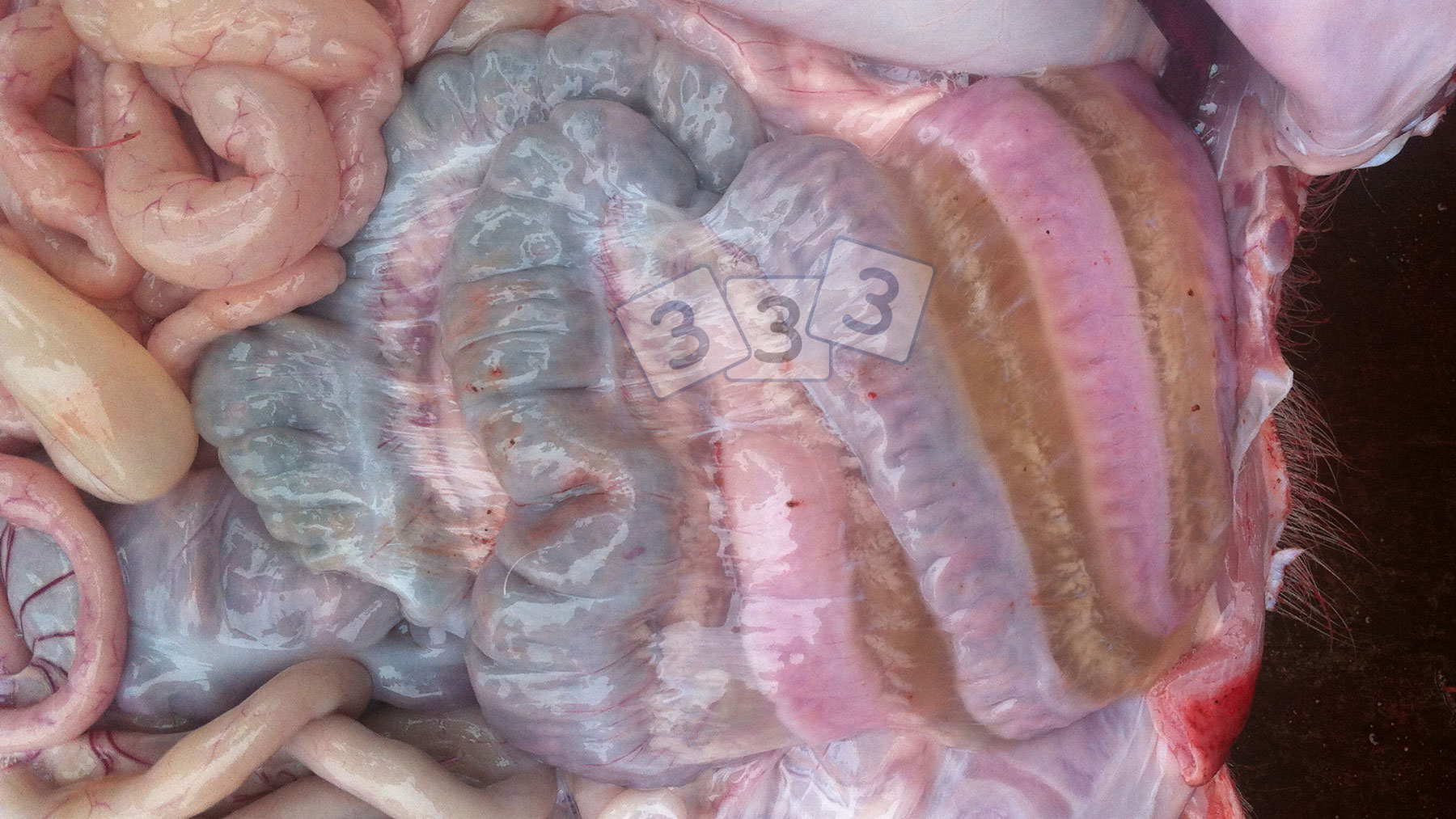 Oedema of the coiled colon in a weaner with oedema disease. This disease is caused by haemolytic Escherichia coli that produces F18 pili and Shiga toxin 2e (Stx2e, also known as verotoxin 2e or VT2e).

Clinical signs range from peracute death with no signs of illness to CNS involvement with ataxia, paralysis, and recumbency. Oedema disease usually occurs 1–2 weeks after weaning and typically involves the healthiest animals in a group. The disease is seen occasionally in nursing pigs or in adult pigs. The average morbidity is 30%–40%, and the mortality among affected pigs is often as high as 90%. Periocular oedema, swelling of the forehead and submandibular regions, dyspnea, and anorexia are common. Some other typical post-mortem findings are oedema of the greater curvature of the stomach wall and coiled colon (as seen in this case).

Whitish plaques over the esophageal mucosa

Fibrin clots in the colon

Bilateral hermaphroditism in the sow

Bilateral hermaphroditism in the sow

Abscesses in the sternal region

Microinfarcts in the small intestine

Haemorrhage due to blood aspiration

Gastric Ulceration of the Pars Oesophagea

Pale streaks and patches of myocardium necrosis and hepatic rupture

Blood in the vulva

Prolapse of the uterus

Petechiation and congestion of the lung

Swelling of the tail with blood

Cyanotic ears and lower and distal parts of the body

Atrophic rhinitis in a a fattening pig

Marbled appearance of a lung

Cyanosis on the tip of the ears

White spots on the liver

Large coalescence lesions on the skin

Oedema of the mamary gland

Hardened lump in the udder tissue

Nodule on the skin

Ulceration of the perineal area