What are they studying?

How do they study it?

1537 PCV2 ORF2 gene sequences that were published before February 2014 in “GenBank”, a global internet genome database, and 143 additional ORF2 sequences from the Iowa State University Diagnostic Laboratory database (i.e., a total of 1680 ORF2 sequences) were used for phylogenetic analyses of PCV2.

What are the results?

The study confirmed that PCV2 can be divided into 4 major subtypes: PCV2a, PCV2b, PCV2c and PCV2d. Additionally, the authors describe 6 smaller intermediate clades between those subtypes. One of these intermediate clades seems to be limited to Asia. However, the strains of this clade are reported on an ongoing basis, which suggests it can be considered as an active clade. The other intermediate clades only include very limited numbers of strains and can therefore be considered as inactive. They might correspond to small, extinguished groups of strains showing reduced fitness; intermediate, evolving virus strains; or test artefacts. PCV2c seems to be an extinct group of viruses. The affiliation of individual strains to different genotypes and intermediate clades depended sometimes on the statistical model used and on the number of reference strains used for the analysis.

The results further confirm that there have been two major shifts from one subtype to another one: in 2003, before the use of PCV2 vaccines, from PCV2a to PCV2b, and a second shift from PCV2b to PCV2d that in the US, for example, occurred mainly from 2011 to 2014.

Further phylogenetic test suggest that both PCV2b and PCV2d have evolved independently from each other for over 20 years. In addition, there is an ongoing gradual genetic divergence within each subtype. The reason why PCV2 has a high mutation rate and also such a high genetic diversity —atypical for DNA viruses— is not known. The cause of the ongoing emergence of strains and the genotype shifts that have been observed is also unknown. The first shift occurred before the introduction of PCV2 vaccines.

What conclusions are drawn from this work?

This study demonstrates that PCV2 is evolving much faster than other DNA viruses, and its diversity is wider. The swine industry should further monitor the evolvement of PCV and determine its relevance for the control of PCVD.

This area is not intended to be a place to consult authors about their articles, but rather a place for open discussion among pig333.com users.
17-Jul-2017 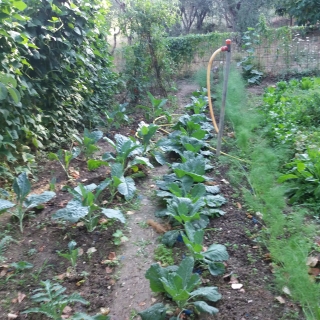