The media constantly blames the livestock and meat industries for many of our planet's health, environmental and sustainability problems.

We saw this reflected in the 2015 WHO expert report on the excessive consumption of red and processed meat, which they blamed for having carcinogenic effects.

In 2019, anti-livestock industry news has focused primarily on the UN report from the Intergovernmental Panel on Climate Change (IPCC), in which the livestock sector is blamed for having a very harmful effect on the environment through the emission of gases it produces, significantly contributing to climate change.

At the same time, we continue to see news about the synthetic production of artificial meat from cellular tissues, as well as pseudo-meat products such as vegan hamburgers.

Additionally, humanizing animals is an increasing trend, and a growing (although still minority) part of our society, calls into question the fact of raising domestic animals for their meat, milk, wool, etc.

According to a report by a Spanish newspaper (El Pais, 11-8-19) based on reports by Science, Latern and Google Trends) it is estimated that in Spain more than 7% of the population can be considered as part of the different "veggies" types, meaning: 0.2% are vegans, who do not consume products of animal origin; 1.3% are vegetarians, who do not eat meat but do eat milk, eggs and honey; and most, 6.3%, are flexitarians, who consume meat very occasionally. A small but rising number, let's not forget that in the last two years 800,000 people have joined this way of eating and lifestyle philosophy in Spain.

All this begs some questions:

Do we eat a lot of meat?

Back in my old times at the university, we were taught that there was a high correlation between income and meat consumption. To a certain extent, this has continued to be true.

People in high-income countries do, in fact, consume excessive levels of meat along with many other components of the diet (obesity is an epidemic in the rich world). There are rich countries where meat consumption is already declining, despite rising incomes. In Spain, total meat consumption fell by 7.35% from 2007 to 2017.

In 2015, annual "per capita" meat consumption stood at 92 kilograms in countries with very rich economies, compared to 24 kilograms in Northern Africa and just 18 kilograms in Southeast Asia.

According to the Lantern (2017) in The Green Revolution, the reasons for adopting meatless diets are: 57% for ethical and animal welfare reasons, 21% for sustainability and 17% for health reasons.

But as many experts say, the IPCC report on climate change is written with rich countries in mind and disregards a very important part of the planet. There are 3,818 million people living in highly-developed countries, but there are another 3.659 million living in moderately or lowly developed countries, who seek and need to improve their diet with animal products. The recommendations provided are therefore useful in overfed countries, but can be harmful if applied to undernourished people.

With a growing population consuming more and more resources, we must consider a more sensible lifestyle that uses less resources, not only just in terms of food but also in energy, transport, consumption habits, etc. Our entire way of life must "go on a diet" to save the planet.

Will livestock farming disappear all-together with the emergence of artificial, "lab-grown" meat?

We don't think so. Despite the heavy investments from large business groups worldwide, artificial meat made from cell cultures will have its niche, but we believe it will be a small market, partly due to its high manufacturing cost.

Synthetic meat production will be used to create processed hamburgers and sausages, but meat products such as steak, pork chops, and ham will be impossible to recreate, even with 3-D printing and future technologies.

If certain animals cease to be useful, they will disappear in alarming numbers, limiting their existence to pets (and I know not everyone wants a pet cow) or limiting their homes to increasingly questioned zoos or animal reserves. The disappearance of domestic animals would be mean the end of livestock farmers and with them, the end of the positive impacts they make on society and also preserving the structure, and conservation of the territory.

Does the future call for organic livestock production?

Although organic farming fulfills and will continue to fulfill its purpose of supplying a small niche market with high purchasing power, its widespread use would be a major setback because it is overall much less efficient and less sustainable.

Organic livestock farming requires many more resources and is much less efficient from a production standpoint. In short, it would be impossible to feed the 7.4 billion inhabitants of the planet by producing animals in the way our ancestors did; and far less possible to feed the 2050 projected world population of 9.8 billion.

We cannot go back to production systems where farmers were practically slaves to caring for their livestock 365 days a year, without vacations or holidays. In other industries would we be willing to regress to laboring as our ancestors did? Would we go back to mining with only picks and shovels? Or work the fields by hand without the help of tractors and agricultural machinery?

How much is livestock responsible for greenhouse gas (GHG) emissions?

There is a lot of controversy on this subject and very different, sometimes very biased, ways of calculating data.

In 2009 the Worldwatch Institute in Washington claimed that 51% of the world's GHGs came from livestock. But according to the U.S. State Environmental Protection Agency, in 2016 livestock represented only 3.9% of emissions, far from the transportation industry's 28%. The FAO published in 2016 that livestock produced 18% of GHGs, but this claim was denied by the main author of the report, Henning Steinfeld, shortly after, bringing methodological errors to light and reducing the impact to 5%. In a more recent report the FAO estimates that emissions from livestock are responsible for 14.5% of GHGs worldwide; a still small percentage compared to the transport industry.

Despite clearly varied statistics and the controversial ways of calculating them, GHGs still remain an important issue and the livestock industry is responsible to become more efficient and sustainable. We do, however, need more rigorous and transparent studies.

What does the future hold for livestock farming?

A bright future awaits us farmers as long as we are committed to the changes set in the right direction in recent years. We must work more and more in the context of the so-called "circular economy" and explain to society the efforts we are making in this regard: improve production using fewer resources, minimizing our ecological footprint, minimizing waste, and using it as fertilizer that replaces chemical fertilizers.

Livestock production also serves to structure the territory and make it easier for people to settle in rural areas, which are in such great need of population and jobs.

As livestock farmers we must be very self-critical and challenge ourselves to be more efficient and sustainable, reduce our contamination levels, and use as few resources as possible, to help create (as other sectors of society should) a more sustainable planet. This will ensure our future.

This area is not intended to be a place to consult authors about their articles, but rather a place for open discussion among pig333.com users.
19-Nov-2019 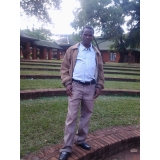 austinmlowokaNice paper. I have really liked it
Leave a new Comment